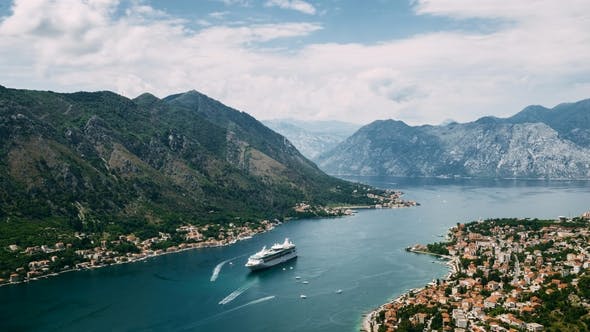 Wedged between brooding mountains and a moody corner of the bay, the achingly atmospheric Kotor is perfectly at one with its setting. Hemmed in by staunch walls snaking improbably up the surrounding slopes, the town is a medieval maze of museums, churches, cafe-strewn squares and Venetian palaces and pillories. It’s a dramatic and delightful place where the past coexists with the present; its cobblestones ring with the sound of children racing to school in centuries-old buildings, lines of laundry flutter from wrought-iron balconies, and hundreds of cats – the descendants of seafaring felines – loll in marble laneways. Come nightfall, Kotor’s spectacularly lit-up walls glow as serenely as a halo; behind the bulwarks, the streets buzz with bars, live music – from soul to serenades – and castle-top clubbing.

Located along one of the world’s most beautiful bays is Kotor, a city of traders and famous sailors, with many stories to tell. The Old City of Kotor is a well preserved urbanization typical of the middle Ages, built between the 12th and 14th century. Medieval architecture and numerous monuments of cultural heritage have made Kotor land on the UNESCO’s World Natural and Historical Heritage Site list.

Through the entire city the buildings are intersected by narrow streets and squares. Cathedral of Saint Tryphon (Sveti Tripun) is at the center of one of these squares, and it’s a monument of Roman culture and one of the most recognizable symbols of the city.