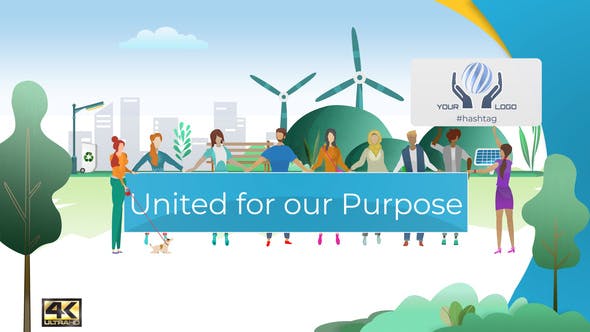 After Effects project: A group of people holding placards and banner sings.
Raise awareness of your purpose and oppose or unite for a common cause of concern, a political change or an activism. A modern human crowd is gathered to mass protest holding a bid sign board and placards forming a community demonstration or a social movement. Influence opinions and rally under the banner in a positive and inspiring way. A concept against cancer, aids, sex discrimination, feminism and social issues, bullying, climate change and pollution, vegan activism and an act for renewable energy or your own favorite cause!
Also it’s suitable for volunteering and NGO organizations.


Choose Mixed Genders or Women only

Colorize peoples’ skin tones, cloths, and select a Muslim woman on / off.

Add your message in the main placard and your campaign’s logo in the second sign (optional)
Text and ribbon at start are also optionals.

Add your own Logo or text in a human chain (After Effects project):