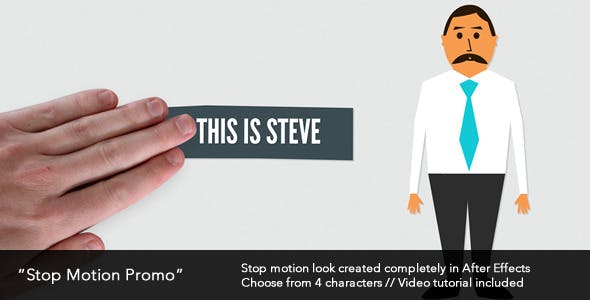 “Stop Motion Promo” is an After Effects template featuring a stop motion look created entirely in After Effects. Choose from four different characters to promote your company in a stylish way. It’s perfect for a promo or explainer video.

The project also contains controls to easily change the colors of your video, including background color, text, and text background color. It gives you the ability to rebrand the video as necessary.

The default resolution is 1920×1080, but it can be rendered at smaller resolutions if needed.

The videos shown in the placeholders are not included in the project.

The font and music used in the preview are not included in this project.

Please contact me if you need help editing the project!