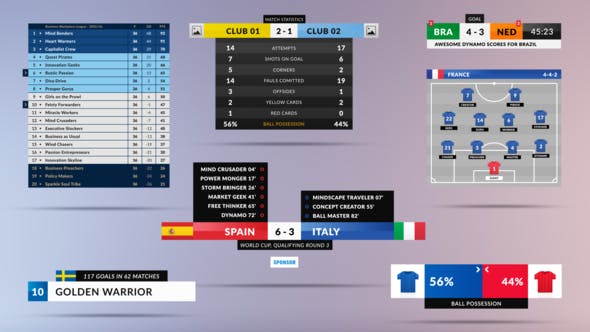 Soccer Broadcast Pack remains the most complete soccer package you can buy on VideoHive. New graphics are constantly being added. Once you purchase this package, you get all future updates for free.

...and more variations to create from the included templates.

Flags are not included. You can get them here.