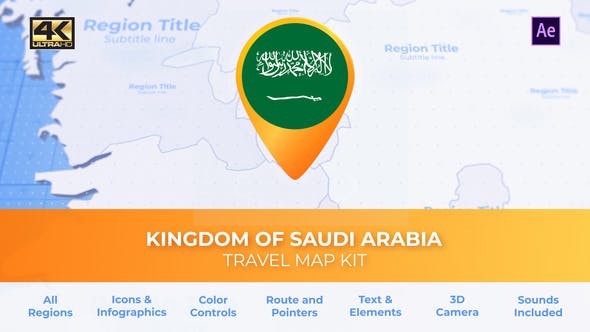 Saudi Arabia, officially the Kingdom of Saudi Arabia, is a country in Western Asia constituting the vast majority of the Arabian Peninsula. With a land area of approximately 2,150,000 km2 (830,000 sq mi), Saudi Arabia is geographically the largest sovereign state in Western Asia, the second-largest in the Arab world (after Algeria), the fifth-largest in Asia, and the 12th-largest in the world. Saudi Arabia is bordered by Jordan and Iraq to the north, Kuwait to the northeast, Qatar, Bahrain, and the United Arab Emirates to the east, Oman to the southeast and Yemen to the south; it is separated from Egypt and Israel in the north-west by the Gulf of Aqaba. Saudi Arabia is the only country with both a Red Sea coast and a Persian Gulf coast, and most of its terrain consists of arid desert, lowland, steppe and mountains. As of October 2018, the Saudi economy was the largest in the Middle East and the 18th largest in the world. Saudi Arabia also has one of the world’s youngest populations, with approximately 50 percent of its population of 34.2 million being under 25 years old.

The territory that now constitutes Saudi Arabia was the site of several ancient cultures and civilizations. The prehistory of Saudi Arabia shows some of the earliest traces of human activity in the world. The world’s second-largest religion, Islam, emerged in modern-day Saudi Arabia. In the early 7th century, the Islamic prophet Muhammad united the population of Arabia and created a single Islamic religious polity. Following his death in 632, his followers rapidly expanded the territory under Muslim rule beyond Arabia, conquering huge and unprecedented swathes of territory (from the Iberian Peninsula in the West to modern-day Pakistan in the East) in a matter of decades. Arab dynasties originating from modern-day Saudi Arabia founded the Rashidun (632–661), Umayyad (661–750), Abbasid (750–1517) and Fatimid (909–1171) caliphates as well as numerous other dynasties in Asia, Africa and Europe.

The area of modern-day Saudi Arabia formerly consisted of mainly four distinct historical regions: Hejaz, Najd and parts of Eastern Arabia (Al-Ahsa) and Southern Arabia (‘Asir). The Kingdom of Saudi Arabia was founded in 1932 by Ibn Saud. He united the four regions into a single state through a series of conquests beginning in 1902 with the capture of Riyadh, the ancestral home of his family, the House of Saud. Saudi Arabia has since been a totalitarian absolute monarchy, effectively a hereditary dictatorship governed along Islamist lines. The ultraconservative Wahhabi religious movement within Sunni Islam has been called “the predominant feature of Saudi culture”, with its global spread largely financed by the oil and gas trade. Saudi Arabia is sometimes called “the Land of the Two Holy Mosques” in reference to Al-Masjid al-Haram (in Mecca) and Al-Masjid an-Nabawi (in Medina), the two holiest places in Islam. The state’s official language is Arabic.

Design of the Saudi Arabia Map – Kingdom of Saudi Arabia Travel Map template is made to keep pace with the latest graphic design trends so you can buy more illustrations and elements from any seller on any marketplace and combine them with this 3dTheme seamlessly.

Saudi Arabia Map – Kingdom of Saudi Arabia Travel Map is 100% animated? Each and every scene including the awesome premium color controls a fully responsive.

24/7 item support if you have any complexity with this Saudi Arabia Map – Kingdom of Saudi Arabia Travel Map project feel free to contact us via profile E-mail form. we will answer to you as soon as possible.