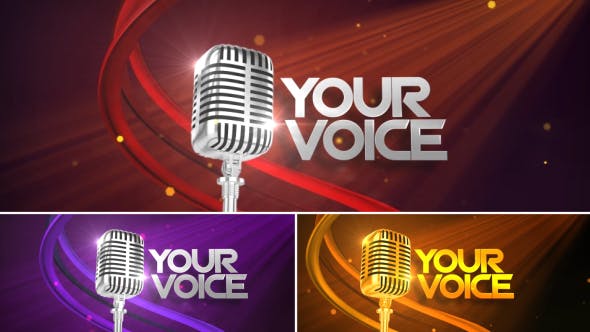 Music Singing Show Intro Broadcast Pack No plugins are needed to run this project. All the colors can be controlled by just one COLOR CONTROL panel, so you can make unlimited variations just by few clicks, Easy to tweak, just drop your logo/footage & its done! .

Footage used in the preview file is used under creative common attribution and is not included in the project. Footage links: 01