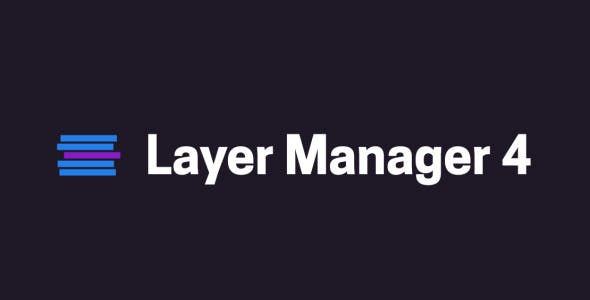 It was wonder to see you as customers of this scripts. Unfortunately I have no time to maintain them. That’s why any help or development will be frozen for infinite term

What is the Layer Manager?

Layer Manager is the missing tool for Adobe After Effects.
Built on top of CEP (Common Extensibility Platform) provided by Adobe, Layer Manager provides broad range of tools which boost your productivity while you working with layers.

Layer Manager was developed by team of motion designers who have experience in UX and Reactive programming. That’s why extension has intuitive interface and highly tested performance.

Where you can use it?

Ideal for huge compositions. No need to jump back and force to find required layers anymore.

Separate your character by parts and work on them independently from each other.

What our buyers say:

We will implement features described below in near future. If you have any additional feature in mind please contact us by form on profile page. Contact us