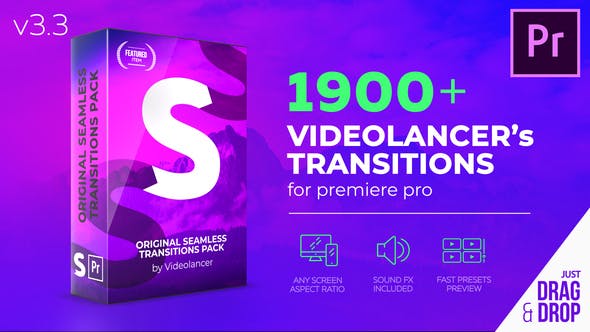 Yes! This is the Premiere Pro version of the most popular project on Videohive – Seamless Transitions by Videolancer.

The new version 3.3 is already available!

The original package of the most popular Seamless Transitions

Our Seamless Transitions was the first such product on the Envato Market! Over 50,000 customers have received our products for After Effects and Premiere Pro! Tens of thousands of filmmakers, videographers, TV broadcasters, and bloggers have already appreciated it and saved millions of hours on video production.

All transitions are fully optimized for video with any aspect ratio, including IGTV!

To change the default resolution of transitions, you only need a few clicks.
So, here is a short tutorial – change resolution for this sequence, and… that’s it!
The tutorial is over

Thus, you can use all popular video resolution, includes the following:

No tricks and no garbage to increase the number of items in the title! We are honest with you. Our package includes over 1900 transitions and nothing else.

Starting with the second version of the package, we added the ability to change the zoom point position for some transitions. This option will add more expressiveness to your video.

Version from our partners