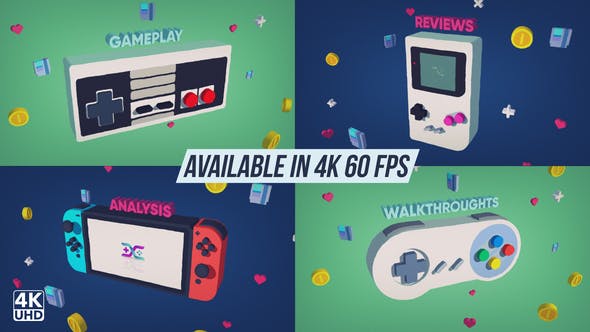 Features:
• After Effects CC 2017 or above.
• Easy customization.
• No 3rd party plugins required.
• Real 3D (shape layers based) objects, not just pre-rendered images.
• 4K Resolution at 60fps, 2K Resolution at 60fps, Full HD 1080p 60fps and HD 720p 60fps. Also available at retro 15fps.
• Video Tutorial with voice-over included.
• Music in the preview by Bright_Light is not included but can be purchased here

The logo used in the preview is from Freepik.com