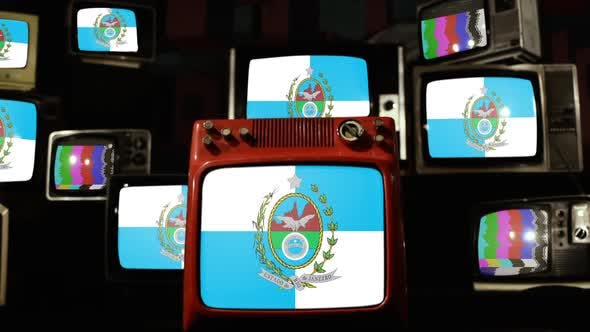 Rio de Janeiro is one of the 27 federative units of Brazil. It has the second largest economy of Brazil, with the largest being that of the state of São Paulo. The state, which has 8.2% of the Brazilian population, is responsible for 9.2% of the Brazilian GDP. The state of Rio de Janeiro is located within the Brazilian geopolitical region classified as the Southeast (assigned by IBGE). Rio de Janeiro shares borders with all the other states in the same Southeast macroregion: Minas Gerais (N and NW), Espírito Santo (NE) and São Paulo (SW). It is bounded on the east and south by the South Atlantic Ocean. Rio de Janeiro has an area of 43,653 km2 (16,855 sq mi). Its capital is the city of Rio de Janeiro, which was the capital of the Portuguese Colony of Brazil from 1763 to 1815, of the following United Kingdom of Portugal, Brazil and the Algarves from 1815 to 1822, and of later independent Brazil as a kingdom and republic from 1822 to 1960. The state’s 22 largest cities are Rio de Janeiro, São Gonçalo, Duque de Caxias, Nova Iguaçu, Niterói, Campos dos Goytacazes, Belford Roxo, São João de Meriti, Petrópolis, Volta Redonda, Magé, Macaé, Itaboraí, Cabo Frio, Armação dos Búzios, Angra dos Reis, Nova Friburgo, Barra Mansa, Barra do Piraí, Teresópolis, Mesquita and Nilópolis. Full HD.