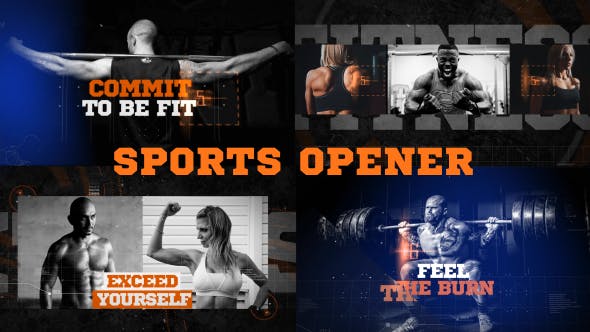 Fitness Action Sports Broadcast Opening Intro No plugins are needed to run this project. Easy to tweak, just change the text or drop your footage and logo & its done! .

Free images used from Pixabay are not included in the project.

Footage used in the preview file is used under creative common attribution and is not included in the project. Footage links: 01