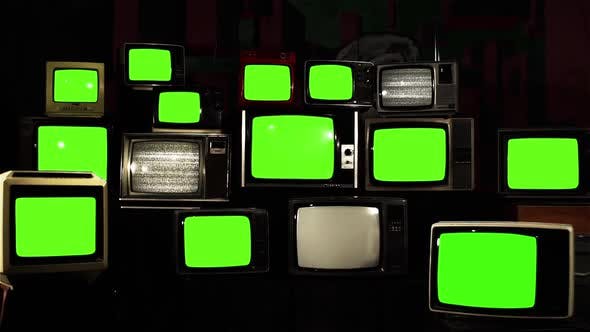 Fifteen Retro TVs turning on Green Screens with Static. You can replace green screen with the footage or picture you want. You can do it with “Keying” effect in After Effects (check out tutorials on YouTube). Full HD.