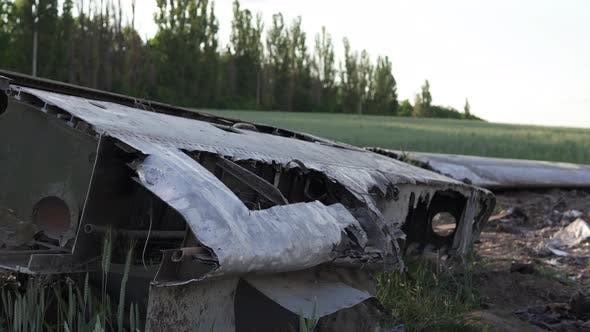 Downed military transport aircraft. Russian aggression in Ukraine. The remains of a burned-out aircraft on the field.