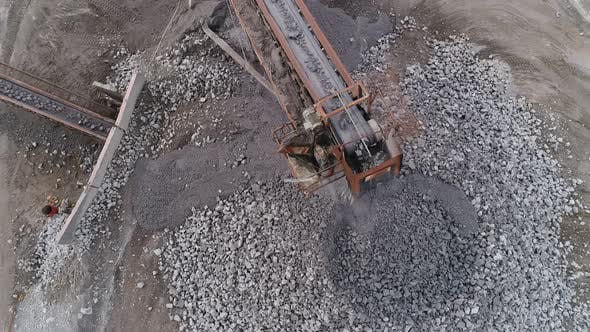 Aerial Footage made by professional drone of Quarry Working

The visual impact of quarries is usually large. In other cases, such as the image of the quarry of Serra dos Candeeiros near Rio Maior goes unnoticed, since it is still surrounded by mountains. Dust caused by stone extraction can be significant as can soil erosion.

Sometimes the granite rock explored presents in balls of great size, occurring on the surface of the massif. It is possible to obtain large blocks, followed by sawing for further commercialization.