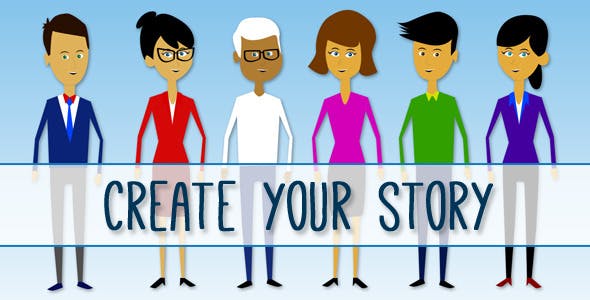 Each story/presentation like this one (cartoon character) is unique, and it should be like that. Any presenter needs to show on his own, unique way, his product, service, advantages… That’s why we develop this project and the main idea of this project is that you can make your own story. We put a lot of effort to make this project simple to use and well organized, so you will be able to make your story fast, and at the same time that story looks good, be effective and viewers can get the point. In this project we minimized numbers of layers and with expressions, we maximize options and possibilities to get closest as possible to your needs. Two projects are included in this pack, and you’ll see both in this preview, but (like I said before) you should make your own story or adjust existing projects, but anyway we’re sure that you find solution to present your product/service on the way that you think is the best…

View Portfolio
This item may not be property released.
© All Rights Reserved nikcina
Contact the Envato Market Help Team
by
by
by
by
by
by