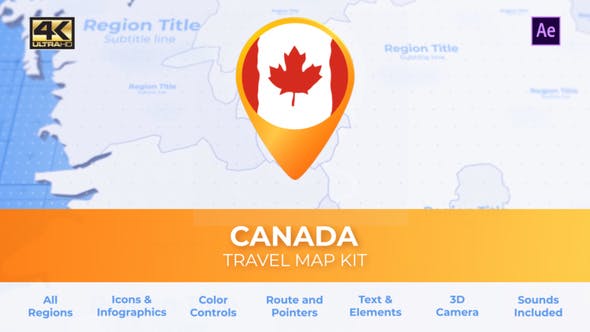 Canada is a country in the northern part of North America. Its ten provinces and three territories extend from the Atlantic to the Pacific and northward into the Arctic Ocean. Geographical interface is a complete video advertisement solution You can create your own animations!

Canada’s southern border with the United States, is the world’s longest bi-national land border. Its capital is Ottawa, and its three largest metropolitan areas are Toronto, Montreal, and Vancouver. As a whole, Canada is sparsely populated, the majority of its land area being dominated by forest and tundra