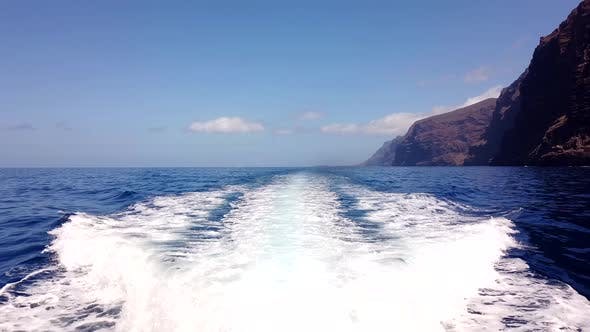 Los Gigantes is a resort town in the Santiago del Teide municipality on the west coast of the Canary Island Tenerife. Its main feature are the giant rock formations, Acantilados de Los Gigantes, that rise from the sea to a height of 500-850 metres (1,640–2,625 ft) after which the town has been named. Los Gigantes means “The Giants”.

Nearby to the south are the resorts of Puerto de Santiago and Playa de la Arena. 3 kilometres (1.9 mi) to the North is the village of Masca which can be reached by boat or car.

The town has a marina surrounded by concrete walls to dampen the effect of the rough seas around the area. A small black sand beach lies between the rocks and the marina. The marina has a boulevard with many restaurants. Close to the harbour is a lido.

The cliffs at Los Gigantes, Acantilados de Los Gigantes in Spanish, are one of the island’s major tourist attractions. There are three viewpoints in the village, the main one on main road to towards Tamaimo, another above the sports club and a third on a coastal path around the Hotel Barcelo. The village has many small shops and restaurants servicing the tourists that visit the area, especially on the one way road loop around church and plaza, and also near to the marina and beach.