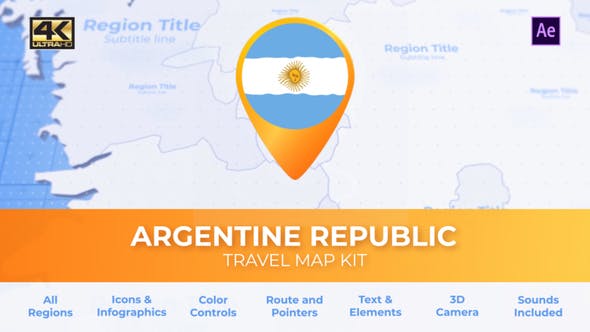 Argentina (Spanish: [aɾxenˈtina]), officially the Argentine Republic (Spanish: República Argentina), is a country located mostly in the southern half of South America.

Argentina is a federation of twenty-three provinces and one autonomous city, Buenos Aires. Provinces are divided for administration purposes into departments and municipalities, except for Buenos Aires Province, which is divided into partidos.

View Portfolio
0 Sales
1 Comment
Item Rating:   Minimum of 3 votes required
© All Rights Reserved clean-promo-max
Contact the Envato Market Help Team
by
by
by
by
by
by